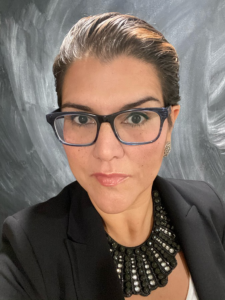 Ivon Rodriguez’s diverse experience in business development, general management, and marketing stems from her love of entrepreneurship, business innovation, and concept creation. Ivon graduated from Brown University with a double major in International Relations and Hispanic Studies and holds a joint Executive Masters in Business Administration from Brown University and IE Business School. She is currently pursuing a PhD in Business at Virginia Tech. Ivon has been instrumental in the startup phase of numerous television stations including Telemundo Boston, Telemundo Hartford, Telemundo Providence, and the Caracol Television Miami station formerly known as GenTV. While engaged in studies with the IE Brown Executive MBA, she served as the Vice President of Marketing for the private, non-profit Smithsonian affiliate HistoryMiami Museum. She most recently served as the Managing Director for IE University overseeing the growth of the institution and its programs in the Southern US and Caribbean. She is the founder and Chief Executive Officer of The 360 Group, a 360-degree marketing platform entertainment marketing company.A Miami native, Ivon resides in South Florida and is active in her community through leadership roles at various organizations and serves as the Chair of the South Florida Digital Alliance ad Vice President of the Brown University Latinio Alumni Council. She was named one of 20 Ford Motor Company’s Mujeres Legendarias of 2017 and recognized for the pillars of Quality/Leadership. In both life and work she believes in a “people first” approach and strives to be a more empathic global citizen and leader.